The Yonsei School of Business completed construction on its first independent campus home in September as part of its celebration of its first centennial of providing business education in Korea. Construction of the building in the heart of the university campus was financed by donations from the business school’s alumni and members of Korea’s business community.

The nine-story building encompasses 20,000 square meters of space in six floors above ground and three below. Its design blends both traditional and modern architectural elements to symbolize linking of the past and future. Numerous design elements throughout the building and its surrounding landscape are aimed at stimulating creativity as well as emphasizing the school’s Korean roots blended with global outreach.

Yonsei University is the first Korean university to receive certification in Leadership in Energy and Environmental Design (LEED), which is awarded for buildings that incorporate eco-friendly and sustainable design.

A three-story atrium at the center of the second-floor creates an open space designed to function as a place to study or simply relax for students, faculty, and staff. Its openness is also aimed at encouraging communication across the disciplines taught in the business school and stimulating creativity through these exchanges of ideas. 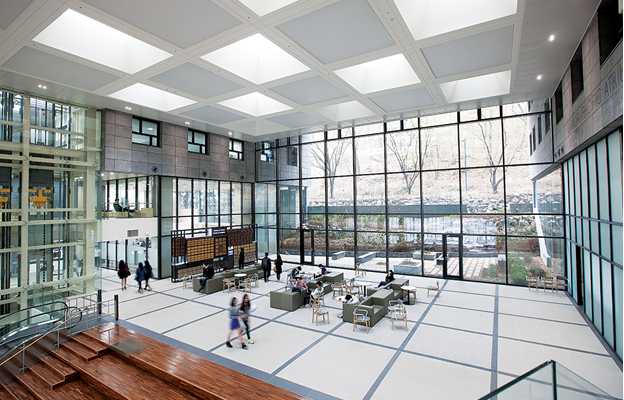 A terrace garden at the back of the atrium connects to the natural space of Cheongsongdae Park. A sunken garden provides both a quiet place to relax or to sit and think and be inspired by nature. 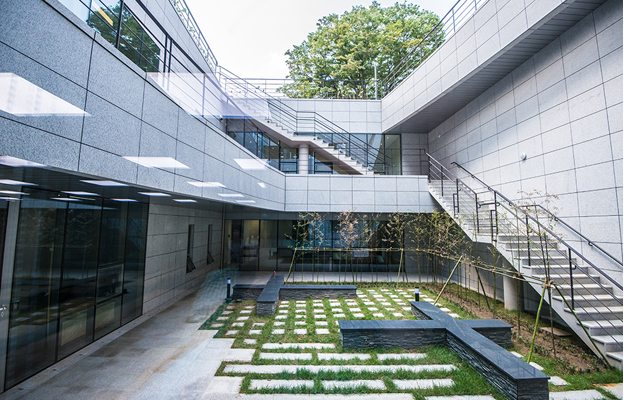 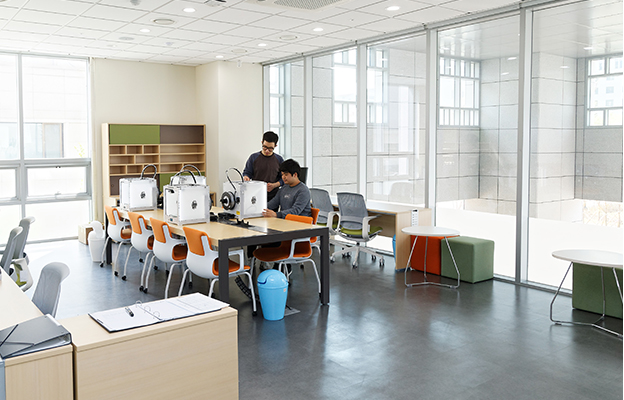 With the idea of incorporating what is most Korean into the heart of the spirit of true globalization, numerous areas of the new building are named in pure Korean words along with English to foster the global perspective of the students who use them.
To deliver the depth and breadth of learning, the library was named “Bara” meaning the sea and “Maru” meaning the summit. The word “Hyeum” in the Hyeum Creative Lounge on the second basement floor means “thought,” implying a space to cultivate creativity in different perspectives. The word “Onsaemi” in the Onsaemi Lounge near the main entrance means ”a still state entirely as itself,” signifying YSB’s consistent development.
The second basement floor through the sixth floor contain several lounges. The lounges are named “Ga On,” “Nan On,” “Da On,” etc. The ending “On” syllable is a pure Korean word meaning “100,”’ portraying the significance of YSB’s 100th anniversary. The “Ga” in Ga On means “beauty,” “Nan” in Nan On means “warmth,” and “Da” is a Chinese character symbolizing “plenty.”
The garden at the center of the building is named Han-ga-woon Garden, the garden on the rooftop is named Woo-deum-ji Rooftop Garden, containing a pure Korean word for treetop. The sunken garden is named Sunlight Garden and Starlight Garden to mark a space lighted by by the sun and stars. 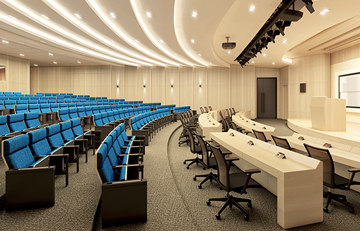 Because the building stands on the former site of Yongjae Building, its design references the tower of the former building, which is also recalled in an auditorium named Yongjae Hall on the first basement level. 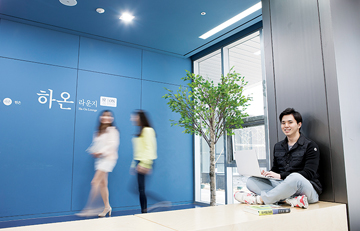 The financing of the new Business Building reflects the donations of nearly 4,200 alumni of Yonsei School of Business and of numerous sponsors from through Korea’s business community. 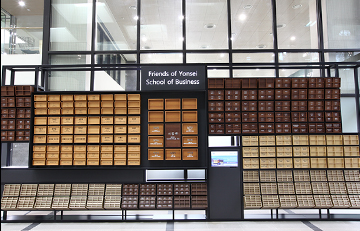