Two Yonsei startup teams, ‘JIEUM’ and ‘Travely’ moved into Business Building Startup Atrium in November, making them the fourth and fifth team to move in, respectively. Team Planet, the first team to move into the Atrium, started a group purchase service for fresh food targeting single-person households. E-bul, the second team, created a sharing economy platform for neighbors. The third team, PIQOB aims to create an art platform to promote rising artists and to support their artwork.

» JIEUM, Taking inequality into their own hands 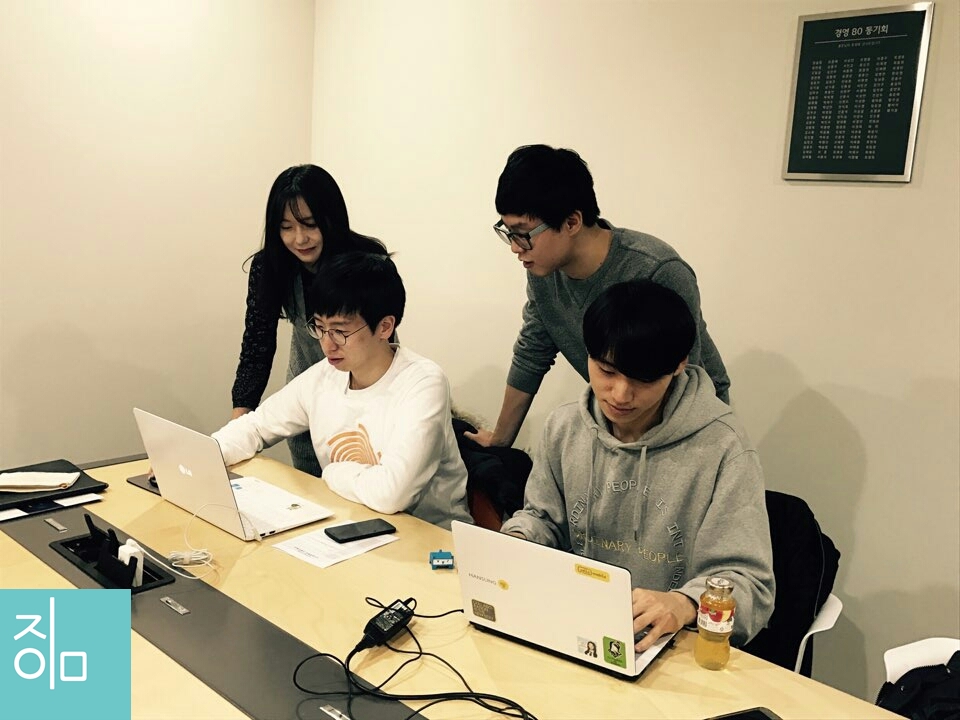 JIEUM is a social venture created by students who previously led the ‘Tenspoon’ project in Yonsei. The project donated meal tickets to disadvantaged students from profits earned through an hour of voluntary service at the university cafeteria during no class hours since December 2014. JIEUM’s aim is to expand Tenspoon’s core value of voluntary inequality solution from meal tickets to various areas of student life. Currently, they earn profit by advertising on cup holders and donates the profit through various channels to disadvantaged students. Additionally, they hope to reduce trash in campus by collecting cup holders through the donation box.

JIEUM began with a question, “How can we induce students to participate in voluntary service activities? And in what ways can we donate to disadvantaged students?” They concluded that “perhaps students can engage in voluntary service not only through participation in activities but naturally through consumption,” and they found their solution in a cap holder for coffee and other beverages that students consume on a daily basis in campus.

JIEUM has spent much of their time and energy in campus cooperating with Yonsei Cooperation workers to shape their idea. They needed an office close to the Yonsei Coop in order to materialize their idea, and moving into the Business Building greatly improved efficiency in this regard. “JIEUM’s key sponsors target students within and around the campus. Our moving in to Business Building is expected to facilitate our interaction with various associations in YSB,” JIEUM member Jaeyong Lee (Entering class of 2011, Business) said. “We hope to make the most of this opportunity by extending our partnership beyond cafés owned by Yonsei Cooperation to the café managed by CU in the Business Building in order to expand the environment for student donation via consumption.”

Following the momentum gained from moving into the Business Building, JIEUM plans to officially launch the cup holder advertisement in coming winter. The aim is to provide more funds to disadvantaged students and alleviate inequality among students by promoting more students to recognize and use these cup holders, leading to increased number of sponsors for JIEUM. JIEUM hopes to shared their business model with interested students in other universities and ultimately contribute to fostering a culture of voluntary efforts to resolve inequality in campus across the nation. 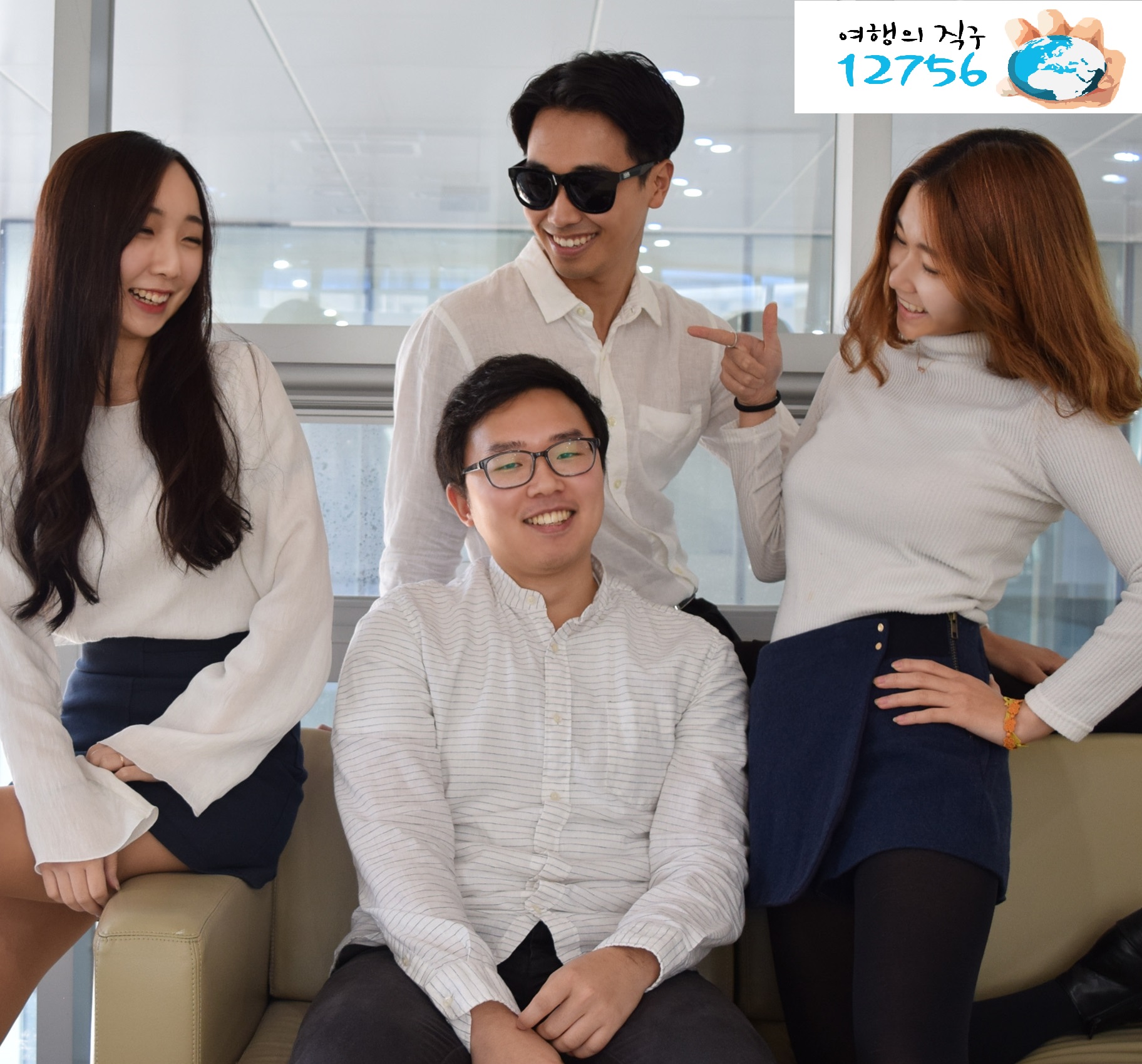 Travely, the 5th startup to move into the Business Building, is designing a sharing economy service that matches customers who are interested in buying overseas product at a reasonable price or those who would like to send a product overseas with tourists in the region of interest. Travely is composed of two developers who have startup experience as well as technological development capabilities, and 4 Yonsei students who gained marketing work experience at Cheil, SBS, FOX CHANNEL, and tvN. Travely expects to reach a new milestone in overseas delivery platform by providing a way for customers to receive a product of interest quickly at a reasonable price and the traveler to make use of empty space in their carriers to reduce traveling cost. This service named ‘traveling direct purchase’ is allows an average person to become a service provider and, at the same time, consumers to become a prosumer.

Yumi Hwang (Entering class of 2013, Culture and Design Management) set out on a round-the-world trip across 6 continents and 19 countries with her roommate 2 years ago but was on a verge of discontinuing the trip due to financial shortages. At the time, she thought of the idea ‘traveling direct purchase’ from her experience of making up for the shortage by buying a product that is 70% less expensive when purchased locally in France for her acquaintance for a compensation fee.

Travely’s greatest concern was legal issues associated with delivery accidents since their delivery service employed non-employee travelers for the service. In order to provide a legitimate service that rests on legal and highly reliable grounds to prevent delivery accidents, they consulted several lawyers and found appropriate ways of running the operation. They also plan to establish an insurance system in case of delivery accidents.

They needed a workplace for developers to use regularly. It was a great opportunity for Travely to move into the Business Builing. “Now that we have a place to work together, our communication has enhanced and we anticipate faster and more precise service development,” Team Leader Yumi Hwang said about the move-in.

List
Prev From Domestic to Global Markets! YSB Global Start-up Competition hosted in English with a Panel of Foreign Judges
2017-02-17
Next Always Think of the Reason and Act… Special Lecture on Aalto University’s Startup Ecosystem
2017-02-17