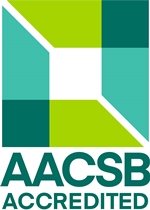 The board of the Association to Advance Collegiate Schools of Business (AACSB) has announced ratification at its January meeting of a second five-year accreditation of Yonsei School of Business (YSB).

According to the report from the accreditation team, YSB has steadily expanded its curriculum for innovation and entrepreneurship, with strong and clear focus on the pursuit of corporate social responsibility and sustainability. The report also noted adoption of various learning methodologies, such as experiential learning, action learning projects, and flipped classrooms. Moreover, YSB’s changing the faculty tenure track to focus more on the quality of publications than on quantity was considered noteworthy. The excellent facilities of the new YSB building, and the interaction and intimacy between students, professors, and alumni were also mentioned as best practices at YSB.

AACSB establishes certification standards for business schools and rigorously screens them before certifying those standards are being met. Business schools can only maintain this accreditation by passing a reevaluation every five years.

YSB is the only business school in Korea accredited by the U.S. AACSB, Europe’s EQUIS, and Korea’s KABEA.