Yonsei University is taking the initiative in using crowdfunding to support start-ups on campus. The Yonsei Enterprise Support Foundation hosted a seminar on May 31 in the Creative Space on the first floor of the Yonsei Library, and members of the Nara Space Technology team, which received the  prize, introduced their business. Jung Wonseok (Entering class of 2012, Business), a founding member of NARA Space Technology, was interviewed about his start-up story and crowdfunding. 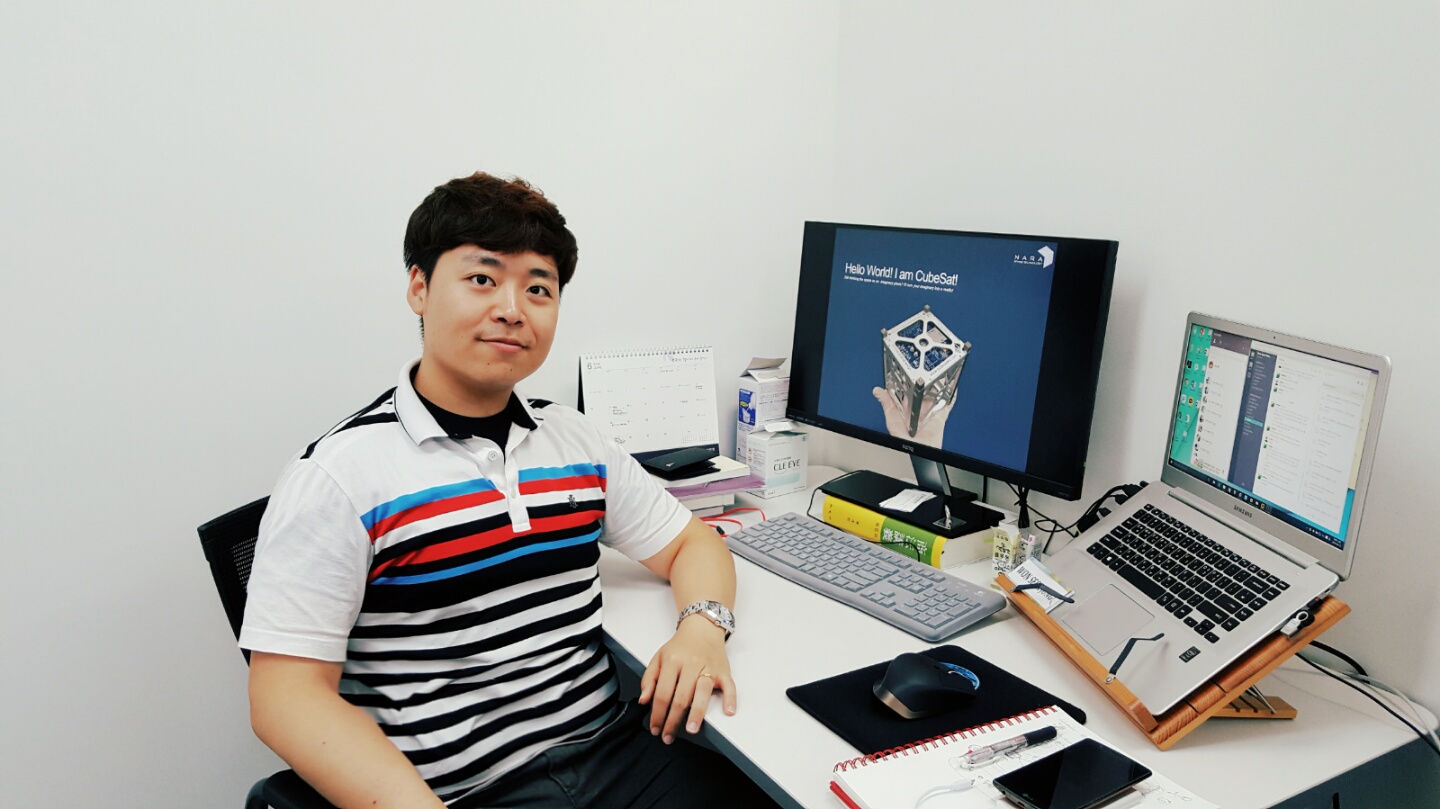 Q> Funding is an essential part of start-ups. What’s your take on Yonsei’s crowdfunding initiative?

A> I think that making new efforts with start-ups leading the way is admirable. Although the scale is small for now, I expect crowdfunding to grow extensively and become a key enabler of business ventures. The idea of investing based on ideas alone is still strange to many, but I think that it serves as a valuable source of investment for start-ups in dire need of financial support.

Q> What progress has crowdfunding made?

A> On a trial basis, we aimed for ￦8,000,000 and achieved 97%. We expect to achieve our goal without any trouble, given that we still have about a week left.

Q> You are currently on leave from school for start-up. What prompted you to engage in a start-up and when did you start?

A> I started in November of 2014. I had a year left before graduation, and I was thinking hard about what career path I should take, and about three teams asked me to join their start-up. I decided to join hands with Jaepil Park (Joint MS/Ph. D., Astronomy), co-founder and head of Nara Space Technology. I decided to engage in a start-up because I wanted to take my life into my own hands. Instead of proving myself with a well-paid job, position, or background, I had an ambition to write my own unique story in our fast-changing society. Particularly in this context, I found a space technology-based start-up highly attractive.

Q> Going back to business talk, satellite development is a difficult business to enter. How did you choose this particular business?

A> It was simply a coincidence. At first, three engineers who wanted to start a business using miniaturized satellite technology as a foothold founded the start-up. Afterward, however, they needed a businessperson to run the start-up since ‘making’ and ‘selling’ miniaturized satellites are two quite different functions. An acquaintance of one of the engineers recommended me, and so I joined the start-up after I met with them to discuss the opportunity