Constant transformative innovation is the key to success and the future, IBM-Korea CEO Jeffrey Rhoda told students in May as he spoke at YSB’s 10th Global CEO Forum.

In emphasizing the importance of students’ interests in topics and issues such as Big Data, the cloud, and gaining a multidisciplinary education, Rhoda said IBM’s survival for over a century reflected its leaders’ willingness to move past routinized markets with an unending commitment to pioneering new markets. 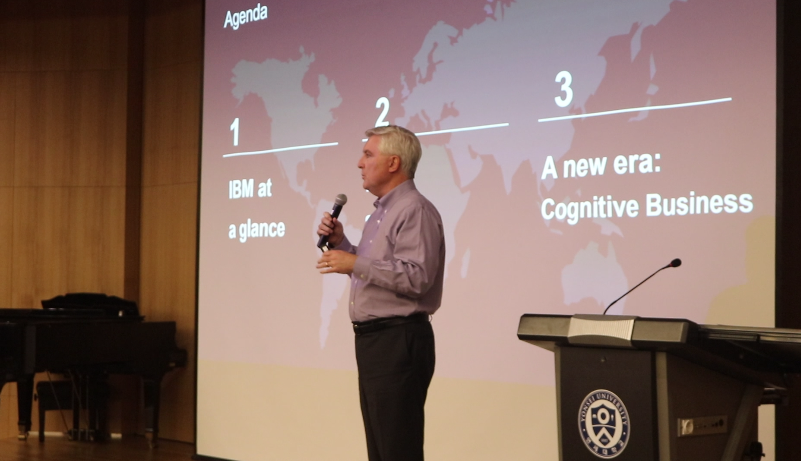 “IBM’s current focus is on a cognitive business which provides a personalized service for users by analyzing their usage patterns based on data and the cloud,” he said. He added that “IBM’s Watson, an artificial intelligence platform, will be open to public sometime next year.” Watson has the potential to be used in numerous applications, including healthcare and weather forecasting, he said, and such areas are expected to grow explosively in the future, increasing the need to foster talents in Big Data and in the IT industry. 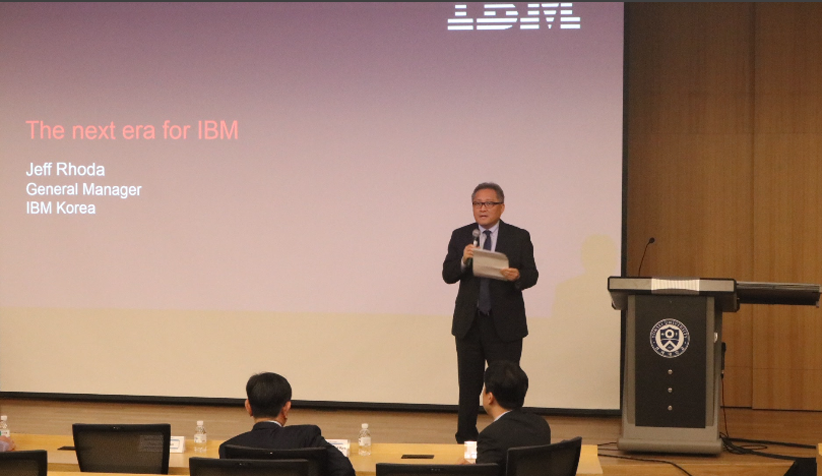 Rhoda, who has served as IBM’s regional manager in Shanghai, Singapore, and other regions since 2007, said, “Korea’s amazing economy and technological infrastructure provide an adequate stage for IBM to operate,” and that “Korea is an attractive market for IBM in its search for ceaseless innovation.”