Enactus, YSB’s social innovation and strategic management student club, advanced in September to the semifinals of the 2016 Enactus World Cup in Toronto, Canada, where Canada’s club was the ultimate winner. Nevertheless, it was an opportunity for Enactus Yonsei to broaden their view and for Yonsei to gain global publicity.

The strategic management association, which is devoted to resolving social problems through sustainable business solutions, went to the semifinals in September after winning the National Competition in July. The national competition was sponsored by Hyundai Marine & Fire Insurance. 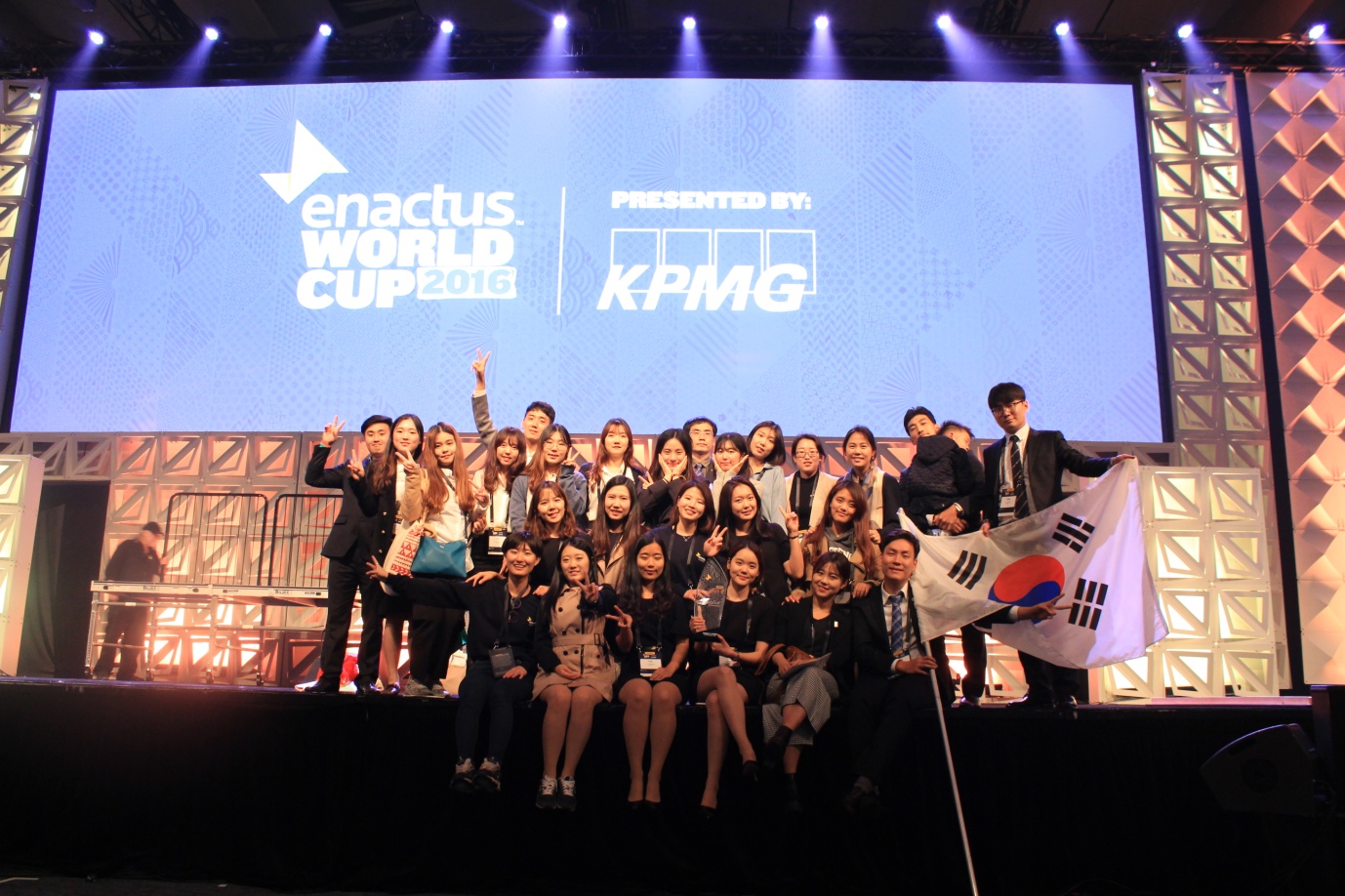 In Canada, Enactus Yonsei received good reviews for the club’s presentation of Check It Out and Siso, two projects currently in business. Check It Out received much attention for its new business model, Oldbookbox, directed at saving bookstores in Cheonggyecheon. Enactus Canada, the hosting country, showed interest in adopting the business model. 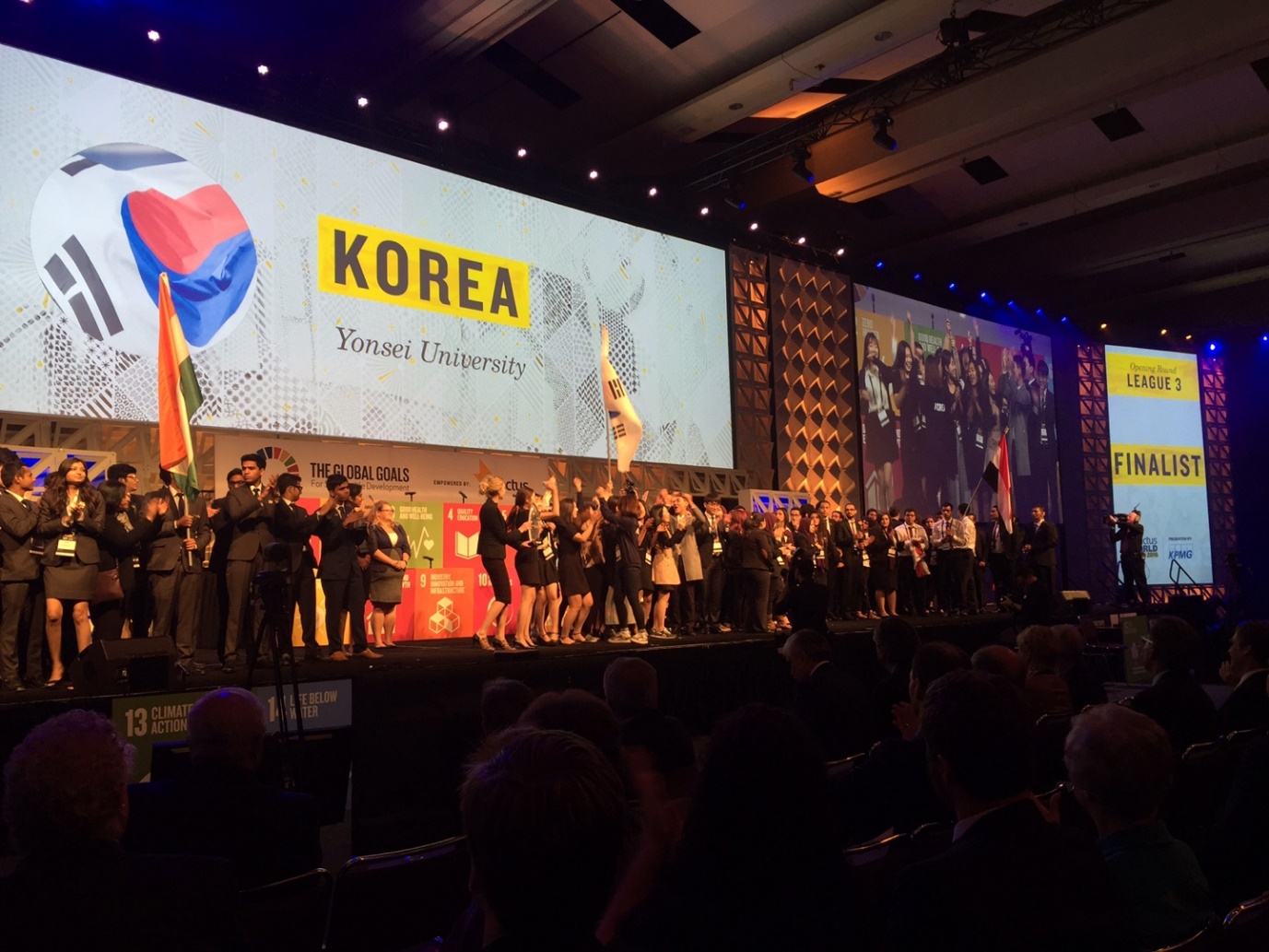 In addition to the attention given their presentations, club members were a hit at the culture fair portion of the World Cup because of their hanbok and introduction of traditional Korean games like toho and jaegi-chagi and handouts of Korean fans with their names written in Korean.

Enactus associations are in 13 countries and 1,700 colleges, bringing together business leaders, professors, and students. Each student club’s project impact and progress is evaluated based on an annual national competition and World Cup. Prominent business leaders across the globe participate as judges in these competitions, giving feedback to project teams, allowing projects to develop through interactions with Enactus members.

The Enactus World Cup is composed of a culture fair, a session where each team introduces their home country’s culture, a discussion session, a forum for the UN Sustainable Development Goals (SDGs), and project presentations from representative teams from each nation.

“It was an amazing experience to discuss SDGs with representatives from other nations, KPMG, Coca Cola, Unilever, as well as other business leaders and UN officials, and we were able to gain a global perspective on corporate sustainability,” Enactus Yonsei Leader Sugyeong Kim (entering class of 2012, English Language and Literature) said. “We are determined to expand the global network of Enactus Yonsei by formulating and implementing more technical and organized strategies to increase the impact of four Enactus Yonsei-led projects, including Check It Out and Siso.”