Four of the 20 undergraduate students from Ecole des Hautes Etudes Commerciales du Nord (EDHEC) studying in the Global Manager Certificate Program have received scholarships, thanks to the generosity of Seung-Chul Song (entering class of 1976, Business), the CEO of Hanbul Motors, who donated 10 million won to encourage their full attention to their studies in Korea.

The Global Manager Certificate Program has been co-hosted by the Yonsei School of Business and EDHEC in France since 2014. Every March, 20 undergraduate students from EDHEC visit YSB for four months to hear lectures on the Korean economy and business environment and to experience the country’s culture. 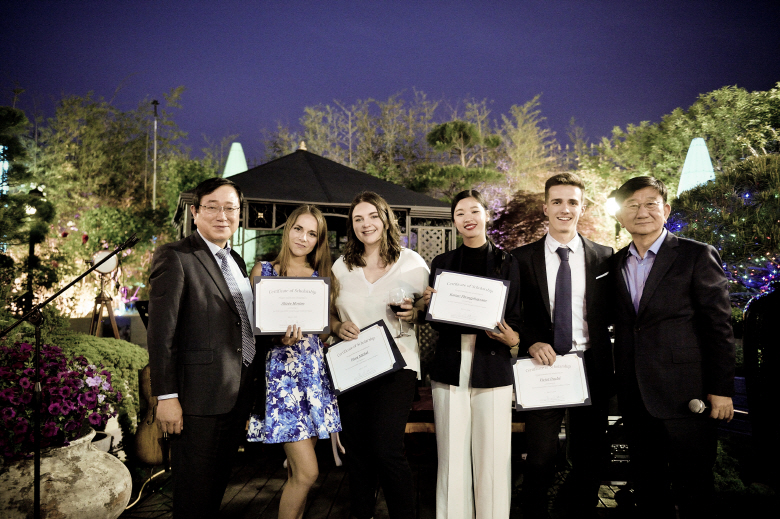 On May 25, Song invited the EDHEC students to the headquarters of Hanbul Motors, where he was hosting a dinner party that included a reunion party for YSB alumni of the entering class of 1976, and awarded scholarships to four of them. Victor Duché, one of the recipients of the scholarships, said he was very grateful for the invitation, the warm welcome, and the scholarship. On behalf of YSB Dean Young Ho Eom, Professor Young Ryeol Park awarded CEO Song with plaque of appreciation for his support.

The dinner party was also open to students taking the Global Business Seminar under Professor Park. Song said, “It is very delightful to have young students with us today, and I hope to meet everyone again in the upcoming years.” 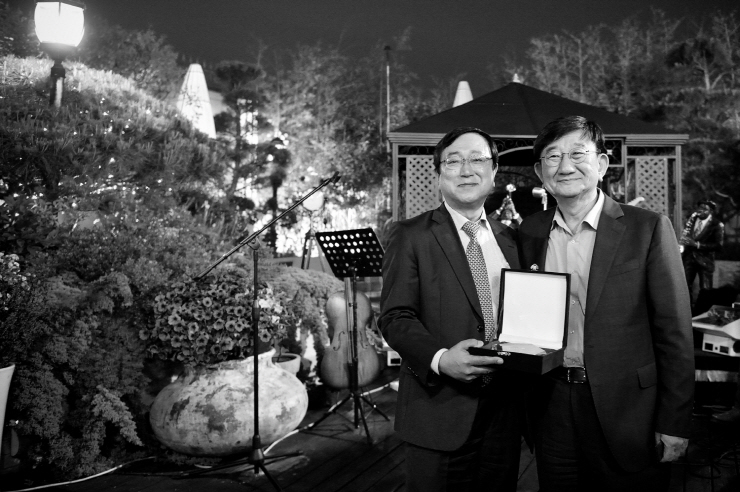 [Hanbul Motors CEO Seung-Chul Song shows his plaque of appreciation presented by Professor Young-Ryeol Park for his support of the French students.]

Asked about the life in YSB, Eloise said, “It is very different from what I had in France. I think Korean people in general are very well-organized and follow the rules.” Clara said “It is my first time to live in such a big city like Seoul. While France only has small colleges, Yonsei is a big university with many different majors. It is impressive how hard Yonsei students study and how sociable they are after school.”

The program this year ended on June 22.