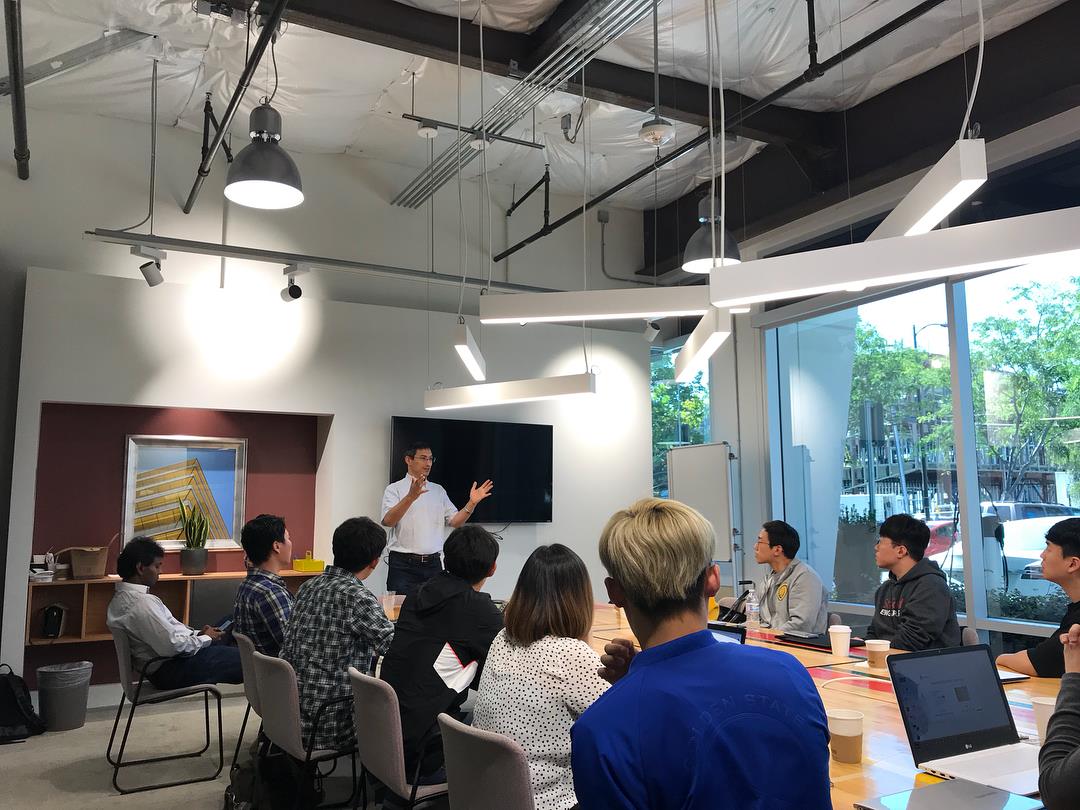 Chosen through a screening process at YSB, the pair participated 9 July to 27 July in an international next generation fostering program called KIC-SV R2BD (Korea Investment Corporation-Silicon Valley Research to Business Development) that is linked with Harrisburg University. Using site visits, mentoring, and classes relevant to start-ups, the goal of the program is to provide practical education that can be applied to the development of future business ventures. 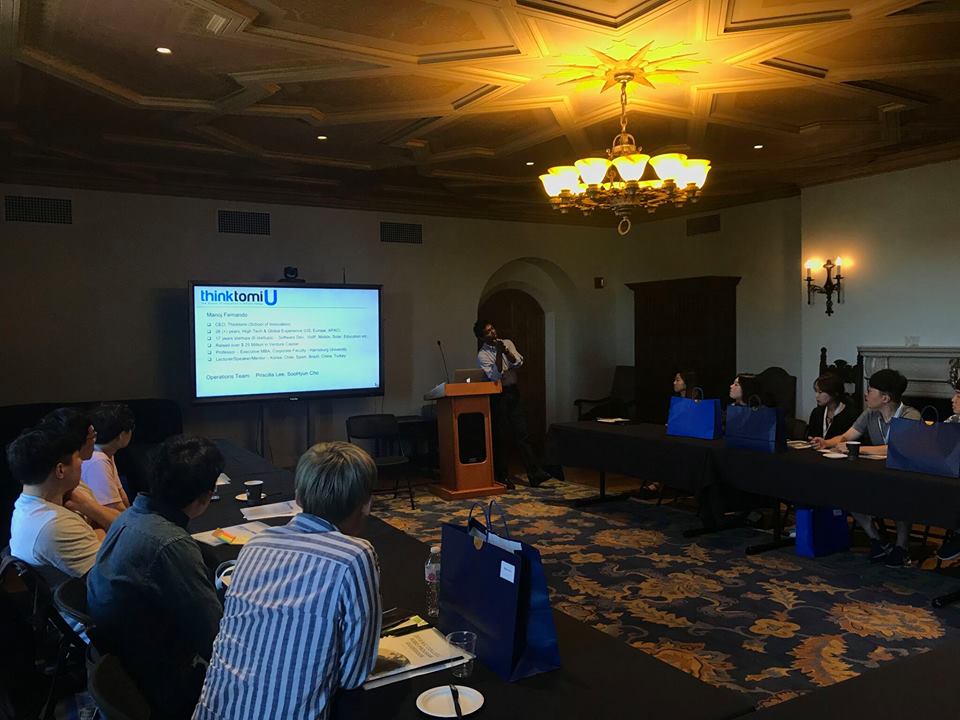 In the process of this program in Silicon Valley, for their each start-up idea, Seung Hee Cho explored the idea of sushi (sashimi) for vegetarians, and Jee Woong Han presented an idea for a mobile networking service called Weak-Tie. While further brainstorming respectively, the two students came up with an idea for a menu called M.ORDER that would use augmented reality to relieve inconveniences related to the language barrier, increase efficiency, and reduce labor costs. Their one-on-one mentoring sessions alerted them to directions to pursue in developing the idea and to obstacles to overcome in implementing it. They successfully pitched the idea to their mentor and to Thinktomi, which is an accelerator in Silicon Valley. 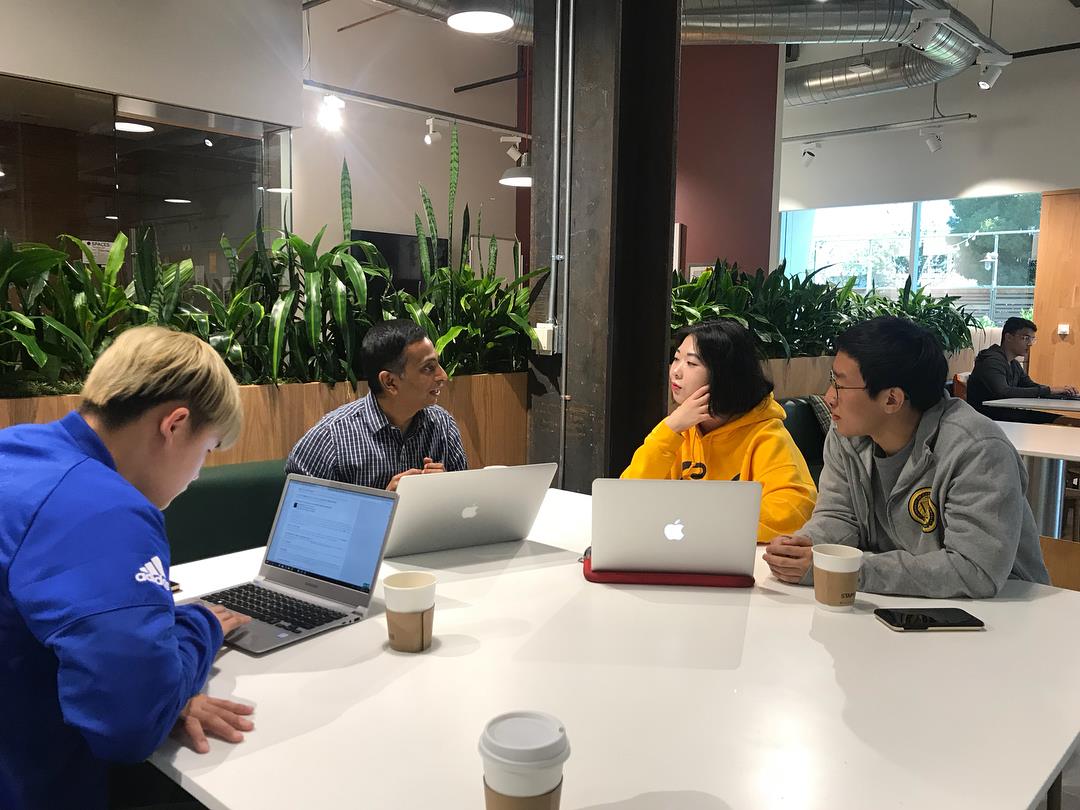 “Although I am not currently planning on starting up a business with M.ORDER, I would like to start this business sometimes in the future here in Silicon Valley after each of us builds his career,” Seung Hee Cho said.

“Entrepreneurship & Innovation,” the class conducted by Harrisburg University, covered the definition of lean start-ups, the role and the relationship of venture capital, the division of shares, legal aspects of intellectual property, and the settlement of past legal battles involving intellectual property. The curriculum emphasized networking by including instruction on how to best use LinkedIn and Twitter. 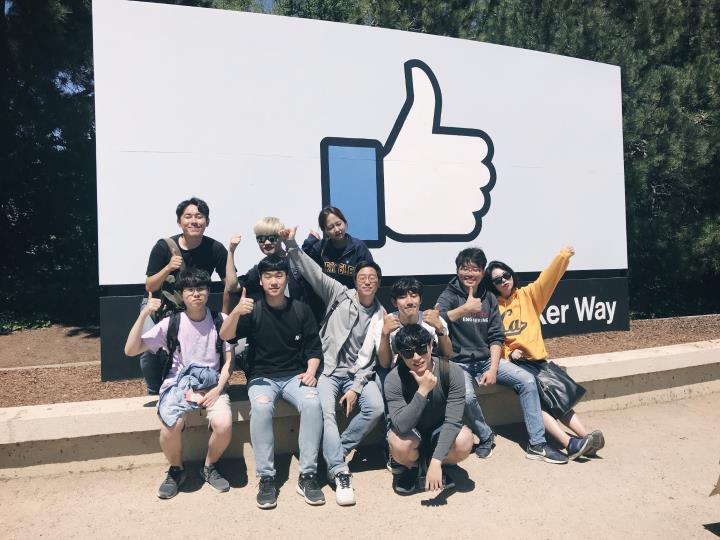 “During my three weeks of stay in Silicon Valley, I learned how the students around the world work and could take time to seriously think about how to activate Korean start-up markets,” Seung Hee Cho said. “This program provided a great opportunity to share ideas with college students around the world about how to apply start-up items in the global market,” she added.

“It is very hard to consolidate a raw idea into realization as a real business, but this program systematically gave teachings based on the experiences of various entrepreneurs, which provided thresholds for opening of new businesses,” Jee Woong Han said. “Going beyond the creation of the simple canvas model, it combined legal knowledge, networking, mentoring program of successful entrepreneurs, examples of failures, and company visits to major companies such as Google and Facebook to provide effective opportunities of development.” 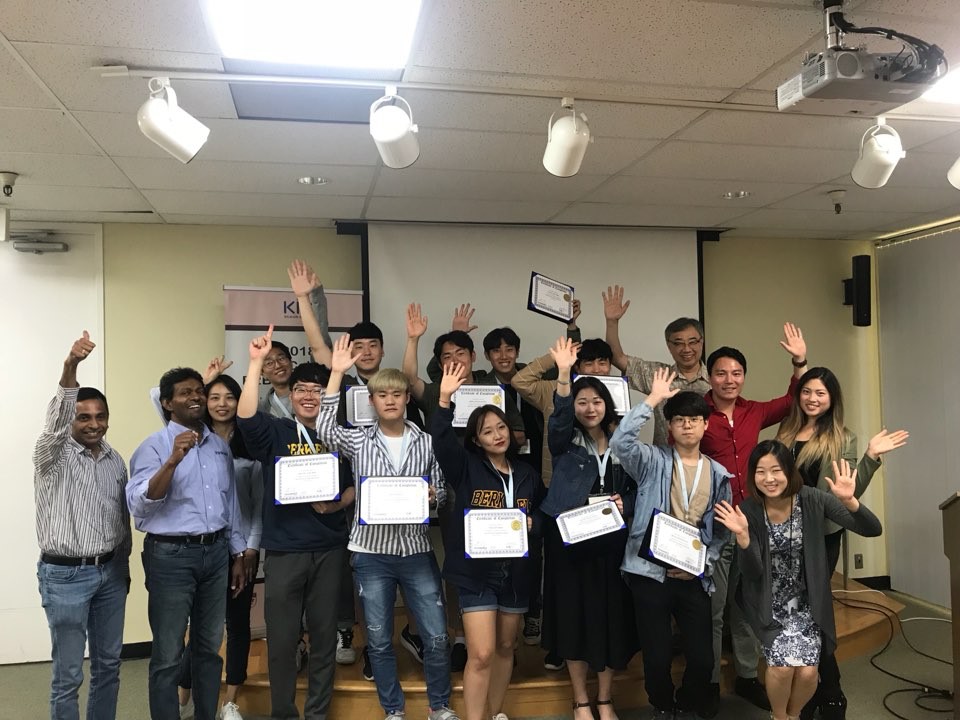 Cho and Han were among 11 students from Korean universities who completed this program.