The 20-member Network of International Business and Economics Schools (NIBES), established in 1996, held its annual meeting June 16-18 at the YSB Business Building, the first time the organization has met in Korea. Schools in the global network are based in 19 nations; the preceding annual meetings were held in France, the United States, Japan, China, and Turkey. 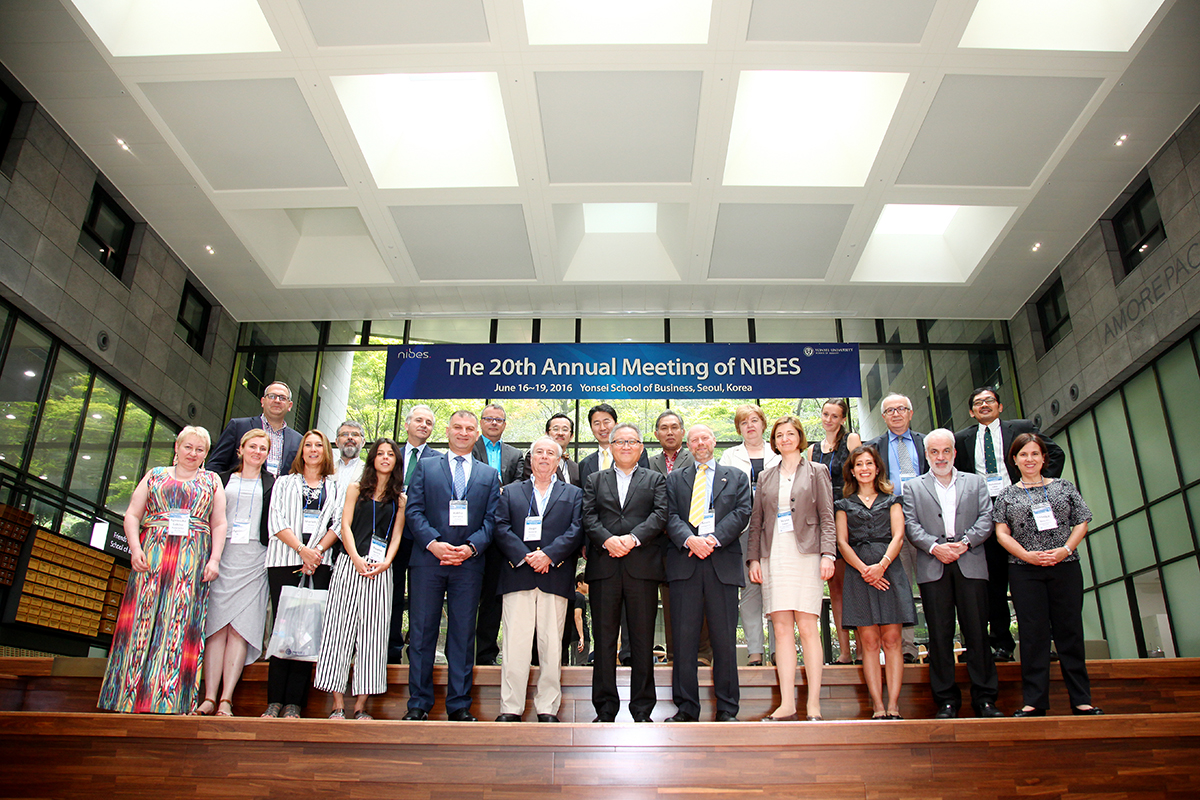 This meeting drew 21 deans, professors, and other faculty from member universities, including the University of Hohenheim in Germany, the University of Southern Denmark, Hiroshima University of Economics in Japan, and Brigham Young University in the United States. NIBES Secretary General Soren Askegaard and YSB Dean Donghoon Kim spoke at the opening of the event.