Students from the Yonsei University College of Music performed at noon May 18 in the first “Young Concert”. The concert was sponsored jointly with the YSB College of Music as a way to enrich the cultural life of students who might not otherwise make time for music in their busy schedules. 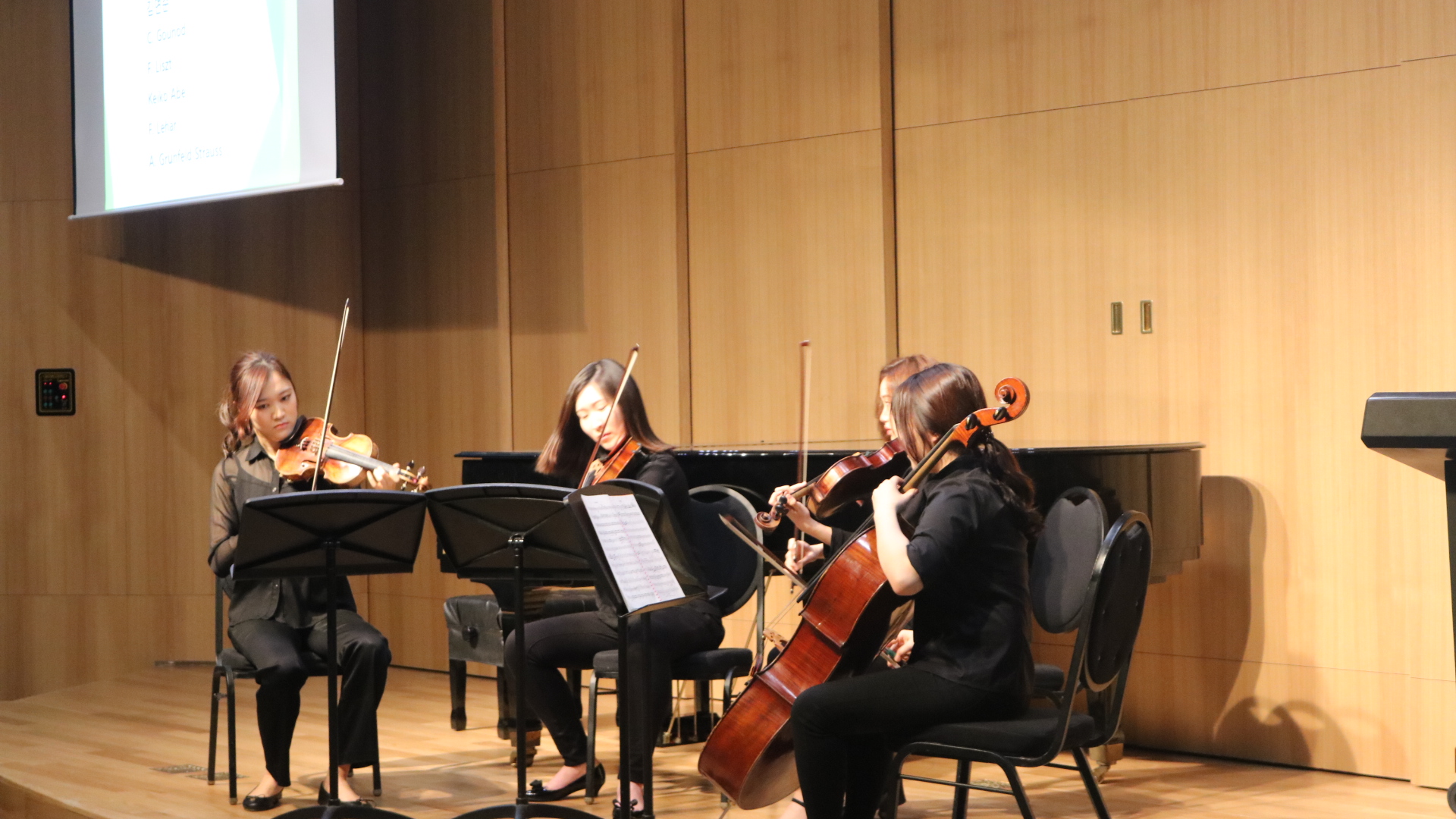 In greeting the midday concertgoers, YSB Dean Donghoon Kim said, “Since building the new business building, we have wanted to facilitate exchanges with the College of Music. We planned this concert also as an occasion in which members of the Yonsei community can be together. We hope this occasion is a chance to imbue artistic sensibility into the minds of students with worries such as employment.”

Dean Keumbong Kim of the College of Music organized the concert around the theme of “Vienna and Beyond.” He said he wanted the audience to “feel the atmosphere of Vienna, the city of waltz, coffee, and chocolate.” 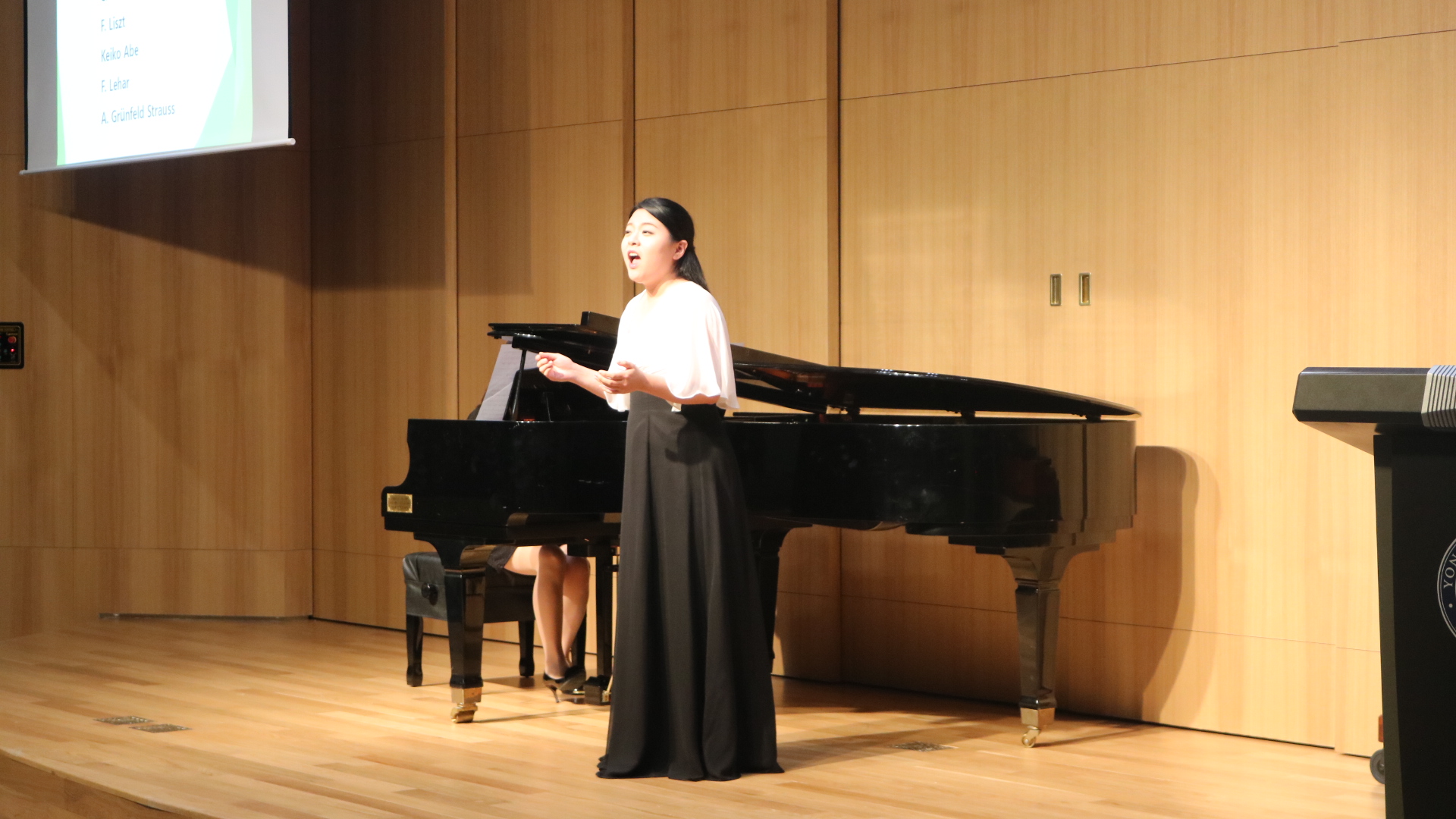 Jonghyun Park (Entering class of 2012, Business), after attending the concert, said he appreciated the concert. “Although I had an interest in music, I didn’t have much time to enjoy it, being pressed for time preparing for the job market. It was nice of the university to prepare an occasion to enjoy music.”